A story from Tuesday night 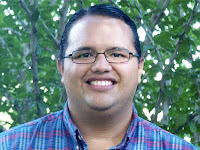 When ‘the troublemaker’ climbed out the van, I immediately thought, “Oh boy. I’ve to keep an eye on him and he’ll be going home soon.” ‘The troublemaker’ doesn’t usually come to Bible Study and when he does, he winds up going home early. He hadn’t been around since April, and he was sent home three of the four weeks he came. I didn’t expect much from him and kept an eye on him, waiting for him to throw rocks, hit a kid, knock stuff over, or cause mayhem. And, it never happened. He played well, ate supper, colored, sang, and eventually joined my small group.

Throughout the whole time with the children, ‘the troublemaker’ was exemplary. I ask my boys questions from the lesson, and it got to the point where I said, “Ok, this question is for everyone else,” because ‘the troublemaker’ was answering every single one and I didn’t get to hear from the others. As the evening progressed, I asked the kids, “What’s something that we learn about Jesus?” And he pipes up, “He heals us!” When we did the craft, ‘the troublemaker’ painted a big heart on his page, so I asked if he knew what a heart represented and he did. I asked him, “Who do you love?” And he answered, “I love Jesus.”

It’s amazing how God works in the hearts of the children. Even those we don’t see for months. How He convicts us of our lack of faith. How He shows us what He’s doing in the lives of these kids. I don’t know what the future holds for this kid, but when he left he asked me, “Can I be your helper next week?” My heart welled up with tears and I told him: “Yes, you did a great job tonight, and I’m looking forward to next week.”
Posted by Sacred Road at 3:20 PM