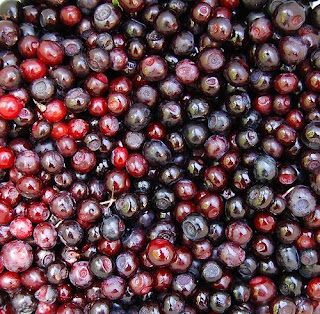 To the teams who came before us:
By a Kansas City Team Member

On the day after our arrival, before we had done any work at all, we were invited into the Longhouse for the Huckleberry Feast. I wish you could have been there, standing in the line with us in the middle of the room, hearing the drums play and listening to the songs and words of thanks from the elders. There was nothing to do but receive this show of love and to be accepted and included as family. It was such a picture of the gospel – being shown this unmerited love and grace!

It was also evident how powerfully Christ has worked through you this summer, as it was your work for which we were being thanked. Your love for the people of White Swan has been noticed and appreciated by them. And it has inspired us to follow in your footsteps and serve our neighbors here in Christ’s name. Thank you!

The three teams that arrived that week were from Seattle, Kansas City, and Boise. I had mixed emotions about the Feast that was happening the day after. I think now it was a good experience for the teams and for myself. When we arrived to the Longhouse on Sunday, there were lots of people I didn’t know, as well as some people I did. They had come from various places anxious for the first Huckleberry Feast of the year. I sat in-between team members but still surrounded by strangers. I felt as if I myself was new because of all the unknown faces. Before we knew it, the songs were over and it was time to take the food in order. Honoring it by taking one bite of each: salmon, deer/elk, roots, and the huckleberries and choke-cherries. After that we drank the little bit of “choosh” or water in the bottom of our cups. It was about 1:30 by then so the food went fast. People were talking to my left and right, but in front of me they silently ate their food. My mom cut 10 or so watermelons for the feast and made potato salad. This contribution was gladly excepted as I watched kids eat the watermelon on the hot day. When the food was almost gone a lady in the next room called us out on to the floor. Gathering 40 people into the Ceremonial Room was not easy but we managed. The lady from the tribe that alled us in was not familiar to me but my dad knew here. She spoke highly of us and handed the microphone to my dad and then down the row of team leaders. Meanwhile, people were going down the row of team members shaking our hands. One of the people shaking hands was Eleanor Davis – a lady in the trive who greatly appreciated our work. She was a woman whose house was one of the first houses we worked on. She is fairly well known and loved. We finished this gathering by walking around the Longhouse in the way the world turns, honoring the Creator. The Feast had an impact on me seeing how God has impacted this reservation through us.

I told you about how well the week and week after Tyron and Stephanie’s house project went. There house was finally safe and functioning rather well. After that another group came in from Mississippi and Seattle. They roofed two houses and painted two more. It was another good week of helping people and doing good and sharing Christ on the Rez. These are the kind of stories supporters and prayer partners expect to see. It is easy to see short-term missions for the good experiences and the positive responses from the people they help but there is another side to the story.

If you have watched any of the Sacred Road videos on YouTube or Facebook, or see the DVDs, you are aware that it end with some very stark statistics. The kind we don’t like to read. Things like a high drop out rate and how every Yakama Indian is in some way affected by alcohol abuse. But the worst one of all is that the average life expectance of Yakama Indian is 39 years.

Allow yourself to think about that for a while and you will have to ask yourself the inevitable question. Why?

You may think that it is terrible, but that kind of thing happens everywhere. You are correct except here on the Rez it happens far to often. There is at least one funeral here nearly every week. And most of them are not from natural causes. Tyron himself was nearly killed when he was attacked with a splitting mall. It did cut off his now reattached foot and has left him unable to work for two years.

With only 2% of Native Americans claiming to be Christians and the death rate so high, the reasons for Sacred Road and for me being here becomes obvious.

Isn’t it time we love our first neighbors well?
Posted by Sacred Road at 3:30 PM

Here are some more great photos taken by a professional photographer who came on a team. Check them out when you get a chance.