Chris Reports on the various events surrounding this Christmas 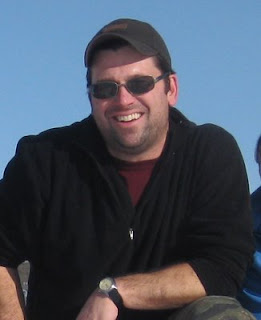 Christmas is always such a wonderful blur. I really don’t feel like I have the capacity to take it all in anymore. The Christmas Feast went more smoothly and was more Christ-centered than ever before I think. As we may have told you already, our Tuesday Night Bible Study/baby church/Hope Fellowship really stepped up for the first time and took ownership of this event (which is by far the biggest outreach event we do all year)!

The shocking thing about that is that the majority of our folks have not officially accepted Christ yet and don’t really claim to be Christians. However, during the planning of the Christmas Feast they were very clear on two things. First, they wanted Jesus to be represented, honored, glorified, and clearly seen and proclaimed in each element of the event. Second, they wanted everyone present (all the visitors especially) to know they were invited (maybe even expected) to come back on Tuesday nights and join our Bible Study group!

So you have non-believers and brand new believers (who have never been part of a church before) planning, organizing, and pulling of a major, Christ-centered outreach in their own desperate community!

Who woulda thunk it?

Needless to say, it was a joy to see and be a part of.

(If you'd like to see video of the Christmas Feast in the Longhouse please go to http://www.youtube.com/user/SacredRoad.)

Delivering food boxes, Walmart gift cards, Christmas presents, and all sorts of goodies (like candy and chocolate) in the community was a joy too. This year we “adopted” 32 families in the community. We use the financial gifts that were sent by many, many of our supporters all over the nation to shop for food and gifts then spent three days driving on snow-covered back roads all over the rez delivering the goodies and wishing our friends a “Merry Christmas”.

The short visits and interactions were very sweet. I was amazed at the number of hugs we received this year and the number of tears. I was overwhelmed with the sense of “family” that I felt and that was expressed by the various people we visited. I have a hard time putting the value and the impact of those moments into words. In short, I’ve come to think of moments like that as “Kingdom Moments”.

Perhaps they are a tiny taste or a small glimpse, a sparkle, of the eternal Kingdom growing wider and deeper right in front of us. I’ve thought about this a good bit and I don’t think we really have the eyes too see it yet. I don’t think we have the capacity to “take it in and process it”. The beauty of the story of Redemption that the Lord is writing is so big and so intricate that we only take in tiny bits and pieces right now.

It seems related to the parable of the “old and new wineskins” maybe. New wine in an old wineskin would swell as it fermented and cause the old skin (which was no longer flexible) to burst and waste the wine. On the rez I have often gotten that swelling feeling. I wonder if at the time we pass from this life to the next there may be a bursting or even an explosion into His presence.

It’s a very different feeling from “swelling or bursting with pride”. At these moments I feel very small and very humble and very grateful to God for the privilege of standing right where I am at that moment. There is no where else I want to be but with these folks from the rez and my family and you in Heaven at those moments.

I have a hunch that Mary, the mother of Jesus, had that swelling feeling (spiritually, emotionally, and physically), as well as did, Joseph, the shepherds that came, and the wise men too.

Jesus came to establish His Father’s Kingdom on earth. He said, “I will build my church”. He has honored each of us as His followers/His children that He will use us in this great endeavor. What a joy. What an honor. What an amazing story we are all part of!

Thanks again for your prayers, your financial gifts, and for coming to be a part of what the King is doing here. We are eternally grateful. 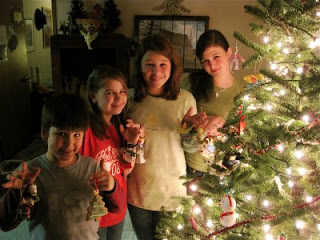 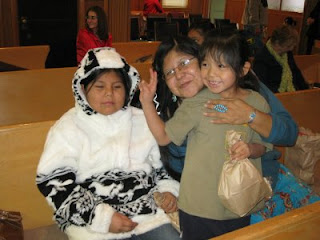 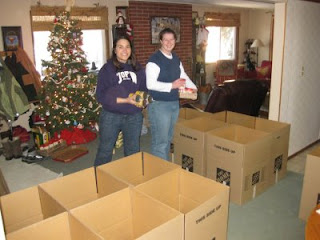 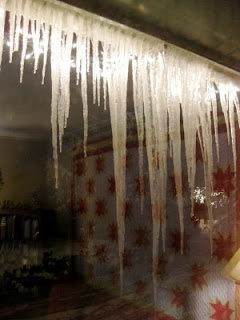 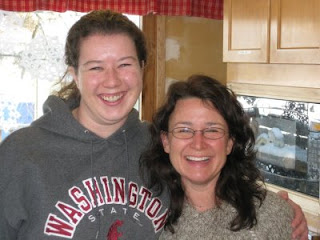 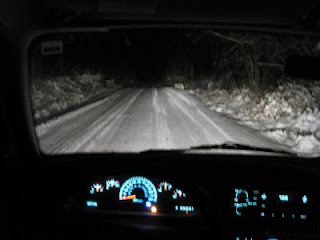 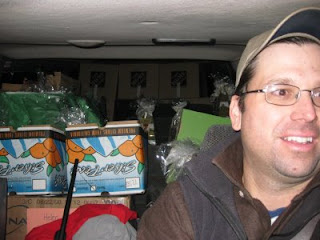 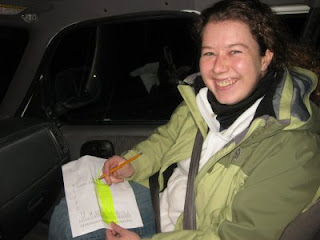 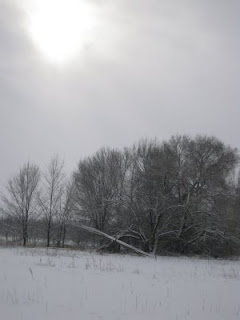 
Kerrin has been a big help to us for the last three years or so. She has driven teenagers from the youth group in her church three hours round trip every Tuesday Night to help with children's ministry at Hope Fellowship! She was also a project coordinator on worksites to help facilitate the summer ministry teams that came to serve last summer. Most importantly, she is our sister in Christ.

We are so grateful for her and countless others who have sacrificed time, energy, prayer, money, tears, sweat, and more here in White Swan with the desire to see God's Kingdom grow deeper and wider and stronger here in this dark corner of Creation. I don't use the word "sacrifice" lightly. However, we all find, again and again, a simple truth that we already knew: "You can't outgive God".

I wish I could express our deep gratitude to each one of you who have "prayed, given, and come" to be part of Sacred Road. You have made and are making an eternal investment in His Kingdom. Thank you for all of us. He will reward you!

Kerrin writes, "It was as if I had driven through a curtain of darkness. Defeat, discouragement, and despair dropped onto me when I turned onto the Reservation to help with the Christmas feast earlier this month. Even though I have spent quite a bit of time on the Rez, the intensity of that particular spiritual attack took me by surprise, and it was with a sense of urgency that I started praying for the feast and the families on the Reservation. After awhile, the oppression lifted and I continued on the way to the feast reminded anew that a battle is being waged in Native America and Jesus came to set the captives free.

"The smiles and laughter at the feast, the welcoming hugs given to me by my friends on the Rez, and the miracle of hosting a feast to celebrate Christ’s birth in a longhouse, filled my heart with joy. It was with a much lighter heart that I left the longhouse that evening, grateful to have even a small part in the ministry occurring on the Yakama Reservation. As I went to leave, Mary Granberry told me that they were going to be filling and delivering food boxes the next week and asked if I would like to come help since I was on vacation from work. I quickly agreed and left knowing I would be returning the following Monday.

"As I drove onto the Reservation last Monday on snow covered roads, I looked forward to spending time with the Granberrys and Veronica, and being able to serve our First Neighbors. I had come fresh from a Young Life Discipleship Weekend where we had been discussing what it meant to be “Incarnational”. That is too large a concept for this particular entry, but for me it basically means that we should live and treat others as Jesus did when He was on Earth, and be so filled with Him that we kind of splash His grace and love onto others. The verses that spoke to me about what it means to be “Incarnational” are found in

"Practically, the Granberrys, and everyone involved in Sacred Road Ministries, whether by prayer, donations, past team members, or part of the staff, are involved in exactly that! It was so much fun to go to Costco and Wal-Mart with Chris, waiting while 55 gift cards were swiped, and to then come home and stuff the food boxes assembly-line style in the living room of their home since it was only 7 degrees outside! Then when we were all done, we grabbed the handy list Veronica had compiled of which families were to receive what, completely loaded up the 15 passenger van, and headed out to visit 11 homes in White Swan.

"At each house we visited we were welcomed like family, even me who didn’t really know most of the people by more than sight from Hope Fellowship. I was incredibly touched as we were hugged, asked to pray at some of the homes, as hands were clasped, Merry Christmas was wished, and tears flowed. It’s hard to describe the significance of my experience that night. It truly felt like Christ’s love was flowing all around me from the Believers on the Reservation. Each of their homes was truly a light that shone in the darkness. It was such a strong contrast to the oppression that I had felt entering the Rez just two weeks before, making the light given off by these families even more powerful. It is moments like last Monday night that keep me filled with hope in the Power of the Almighty God, and His ability to transform the Yakama Reservation, and in awe of how He is already doing so."
Posted by Sacred Road at 1:09 PM